I dread the day that I would have to write anything about death especially at our age where we should be stretching the capacity of our limits as a human being.

We practically grew up together as being classmates since elementary. He was a teacher's pet, my mom's actually because she was his adviser in kindergarten. She really liked him and she would always mention him to me how polite and courteous he was. He was always neat and his uniforms
were always tucked in. He was always very participative in class and the most vivid memory that I have of him was during the story telling competition that we had in our Speech Contest.

We both had to deliver the piece, "The Frog Prince". I was sick and tired of reciting the story but with Ramon he gives his best performance every time that the teachers and judges chose him hands down.

He was a great storyteller, extemporaneous speaker and most of all he was always interested in politics (class politics at that time).

Ramon was a quiet student outside the classroom. But he never balks down on bullies.

One day, a classmate bully kept on taunting him and he got so full of it that he challenged that classmate to a fist fight. He fought with all his might and his opponent was bleeding and crying and asking for him to stop.

Fast forward to high school, the subject that I loved in high school was English. A really great english teacher Ms. Bing Cesar encouraged our outmost potential by assigning us topics and then we deliver them through class reporting.

Ramon's spontaneity was a breathe of fresh air. At the time when school could be a drag, Ramon was very quick to think about ideas. He would always apply it when we deliver the topics through dramatizations. It would amuse Ma'am Cesar a lot.

And this was Ramon's trademark. When he had ideas, he could work it out to reality. One day, we held an ambitious exhibit in Assumption of Compostela and no alumni has ever done that for his alma mater.

Years passed by and most of our classmates drifted apart. We all made our mark in the world. But his mark was very ideal and civic oriented.

I wish I could have his zealous devotion to volunteerism.

Death has been magnified to me since a year ago. When I lost my mother, this was not just a blow to my being but a blow to my dreams. One thing that we cannot escape is death.

In the end, we will all die. Ervie Alivio, was the first classmate and friend who went and no one has remembered that. Then there was Lemuel Deocariza, who passed away this year too was literally my childhood friend as we grew up in the same neighborhood. And now Ramon Bonzo III.

This piece is a testament to their existence. They have lived among us. They laughed with us.
We touched them. Patted their backs. Hurled insults with each other but in the end they had to go first. This is to remind us that as our lives move forward, our existence is just a mere fleck in this world and there might not be a lot of people who will remember that we did exist as memories do fade as we are worn out from day to day living.

We want to be responsible for our families, friends and communities but in the end we forget the fact that life is nothing unless we lived it to the fullest. And the fullest should never be defined by the society or community's terms.

When we say we should live our life to the fullest, it should be in our own definitions.

As for me, I will live my life to the fullest by keeping the memories I have acquired meeting people like Ramon who have enriched and somehow shaped my personality and my life.

Thank you Ramon. See you after this life. 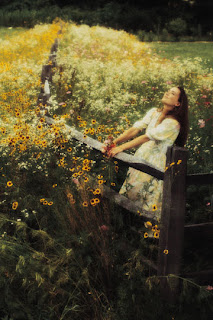