A Model of Kindness 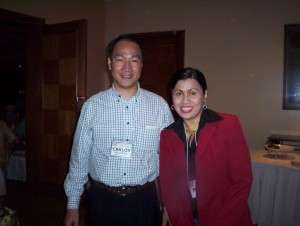 I was new in Surigao City so for the meantime I stayed at the Tavern Hotel. In front of the hotel was the ocean. It was 4’ o clock in the morning. I can feel the coldness of the air chilling my bones. I have this intense headache that made me feel as if it was about to explode.

I curled up like a fetus my weakened body could barely move. I slept for four hours when I heard a knock on my door.

I summoned my last strength to get up and opened the door. Yong Yong our encoder’s face greeted me.

“Hold on a sec. Kukunin ko lang”, I grudgingly replied. I trudged back to my bedside table and opened the topmost drawer.

The keys were there and I walked back to the door.

He then left the premises dragging his steps as if he was reluctant to leave me alone.

I headed back to my bed and fell asleep again.

Four hours later, I heard a knock on my door again. It was Sir Carl, my boss this time.

“Maria, are you ok? Yong yong told me you were sick so I rushed here asap”.

He then suggested we go to the hospital and have myself checked by a doctor.

After thirty minutes we were in the clinic of the internist. I had several laboratory tests done and the inevitable news came.

“Miss, you have typhoid fever. So you need to be confined in the hospital for treatment and medication”.

I was checked in after that. An intravenous needle was inserted on my hand. I was vomiting and defecating every 30 minutes.

During my first night in the hospital, Sir Carl visited me. On his first visit he brought a bunch of bananas.

And when visiting hours were over, I would cry my eyes out because self pity and loneliness engulfed my being.

But every night he would come. He’d bring an egg pie or a jolly meal. I stayed there for five days and he would always come.

He was a virtual stranger despite him being my boss. I just got transplanted into an unfamiliar territory.

But he is a Good Samaritan and his kindness made me believe in the goodness of humanity.

I will never ever forget that time. It strengthened my resolve to pay his kindness forward.

In my little way, I am paying tribute to his goodness by being selfless to others too by following his example. By doing so, what he has shown to me then will also be an example to other people so we could rub off doing kind deeds and never expecting anything in return.

Good Samaritans do exist and one of them is my former Boss, Mr. Carlos Villanueva III.